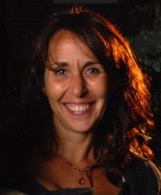 Ruth Grimberg is a photographer and filmmaker based in London. Her films, funded by Film London and Creative England, have been screened at festivals in the UK, Europe and the USA including BFI London Film Festival, The London Short Film Festival, Aesthetica, DOKLeipzig, The Berlin British Shorts Film Festival and Big Sky Documentary. In 2015 her short documentary ‘Across Still Water’ was awarded Best Documentary at Aesthetica. Ruth is a visiting lecturer at The University of West London and The University of Bedfordshire.